This post was intended to be about mosquito borne diseases. But, as I look out my window at an ice-encrusted landscape, I found it difficult to concentrate on tropical diseases. Instead, I started thinking of public health issues that are commonly associated with cold weather. What came immediately to mind was carbon monoxide poisoning.

Carbon monoxide poisoning accounts for nearly half of all fatal poisonings in many countries (1). Each year, 430 people in the U.S. die from CO poisoning, and 50,000 visit emergency rooms for treatment of CO exposure.  CO is odorless, colorless, tasteless, and absorbed rapidly through the lungs. CO is produced during endogenously during respiratory metabolism, and as a product of combustion of carbon containing fuels. Thus, CO exposure can occur when using fuel burning heaters in enclosed areas. Examples include kerosene or propane burning generators, stoves, lanterns, gas ranges, and burning charcoal and wood. The majority of CO poisonings in most countries occur in the fall and winter, when people seek means of heating their homes.

CO toxicity is caused by the formation of carboxyhemoglobin (COHb). CO binds to hemoglobin with an affinity approximately 200 times that of oxygen. COHb causes a left shift in the oxyhemoglobin dissociation curve, so that less oxygen is delivered to tissues at a specific partial pressure of oxygen. Clinical manifestations of CO poisoning are due to hypoxia and progress as the COHb% increases. Symptoms include: headache (1-10% COHb), dizziness and nausea, syncope, elevated pulse and respirations, coma, seizures, and death (70-80% COHb).

COHb should be promptly measured when CO exposure or toxicity is suspected. The proper specimen for COHb measurement is arterial or venous whole blood. The primary laboratory method for measuring COHb is spectrophotometry with CO-oximetry, which uses several wavelengths to differentiate hemoglobin, reduced hemoglobin, and dyshemoglobins. It is not recommended to use pulse oximetry to measure COHb, as this method does not have the capacity to resolve oxy-hemoglobin and COHb. In fact, patients presenting with respiratory distress in spite of normal oxygen saturation should be evaluated for COHb. Blood COHb concentrations in healthy nonsmokers is 1-2%, and in smokers the normal concentrations are 5-10%. The clinically actionable concentrations are >10% (Goldfrank’s). CO poisoning is treated with the administration of normobaric oxygen. Severe cases are sometimes treated with hyperbaric oxygen therapy (2).

The incidence of CO poisoning in the US is likely to be underestimated due to under-reporting. The Council of State and Territorial Epidemiologists issued a statement proposing the inclusion of CO poisoning in standard health reporting. CSTE criteria for case ascertainment include both clinical criteria (headache, dizziness and nausea, elevated respirations, coma, death) and laboratory criteria (COHb > 5.0%).

But, CO poisoning doesn’t just occur in the cold months. Certain occupations (like auto mechanics, taxi drivers, and bus drivers) are at increased risk for harmful CO exposure. For example, CO poisoning ended the career of NASCAR driver Rick Mast. Neither is CO poisoning a problem limited to industrial countries. Developing countries also have CO exposures that are under-reported to an even greater degree than the incidence in the US. A common source of CO exposure in developing countries is indoor air pollution from cooking over coal fires. Environmental exposures occur from the use of diesel engines in vehicles and generators, compounded by the lack of emissions controls and standards. Not only do we not know the incidence of CO toxicity in developing countries, we don’t know that much about the pathology of chronic exposure to CO. Suggested impact includes neurological damage that may or may not be reversible, and cardiac damage caused by myocardial ischemia. Portable electrochemical devices that can be used to measure CO in the field. Measuring CO concentrations in different environments such indoor cooking areas and street corners (see picture), as well as screening for CO poisoning in developing countries could help us better understand the degrees of exposure and the physiological impact of these exposures. 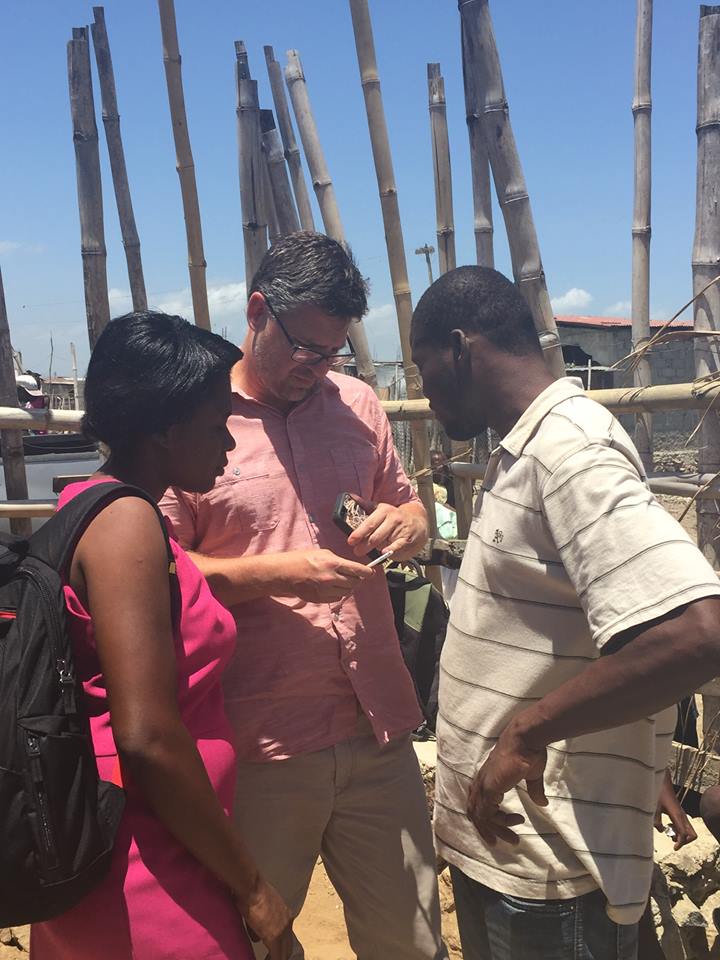 –Sarah Riley, PhD, DABCC, is passionate about bringing the lab out of the basement and into the forefront of global health.

One thought on “Silent and Deadly”