The lab received two sets of admission blood cultures from an elderly man with a history of atrial fibrillation, aortic valve replacement six years ago, and idiopathic pancytopenia who presented with abdominal pain and symptoms of decompensated heart failure.

At 59 hours, one aerobic bottle showed growth of a gram negative bacillus. The organism grew pure yellow-pigmented colonies on the blood and chocolate plates with no growth on the MacConkey plate. 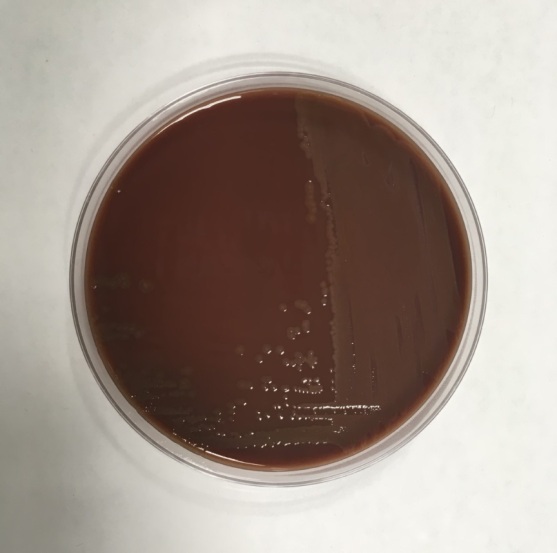 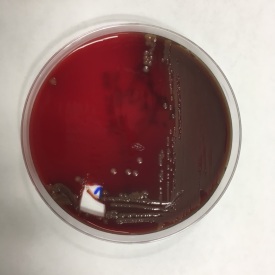 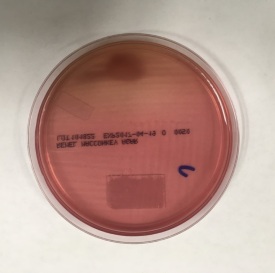 The Verigene microarray was not able to identify the organism against 12 gram negative targets. The organism was identified by MALDI-TOF mass spectrometer as Brevundimonas vesicularis. The organism could not be grown for susceptibility testing.

B. vesicularis is an aerobic, glucose non-fermenting, spore non-forming, gram negative bacillus closely related to Pseudomonas species. It will demonstrate slow growth of yellow-pigmented colonies on chocolate and blood agar plates with variable growth on MacConkey agar plates. It has in the past been classified as Corynebacterium and Pseudomonas vesicularis. It has been identified globally in environmental sources such as soil, spring water, and healthcare related water containers. It has been identified as a community-acquired, and increasing a hospital-acquired, pathogen in all age groups, and particularly in immunocompromised patients [1, 2]. It has been most commonly reported as a cause of bacteremia, but has also been implicated as the causative agent in cases of arthritis, meningitis, endocarditis, peritonitis, and urinary tract infection [1]. Interesting in vitro studies have demonstrated that the presence of B. vescularis may facilitate the growth of Legionella [3].

Even in cases of the septicemia in immunocompromised patients the mortality rate from B. vesicularis is relatively low. Strains have demonstrated resistance to most forms of antibiotics though is most consistently susceptible to amikacin and piperacillin-tazobactam [1, 2].

-Taylor Goller is a Pathology Student Fellow at University of Vermont Medical Center.