A 4 day old infant presented to the ED with copious amounts of left eye drainage. He was born at 38 weeks via vaginal delivery and was discharged home on day 2 of life. On day 3 of life the baby had acute onset of left eye drainage. On day 4 of life the discharge had become so profuse that the mother was cleaning the baby’s eye several times per hour and his eye was red. In the ED, the discharge was collected and sent to the lab for culture. The specimen Gram stain was reported as many polymorphonuclear leukocytes (pmns) and rare gram negative diplococci. Two days later the following growth was noted on chocolate, 5% sheep blood, and Thayer Martin agars (Figure 1). Figure 1. Growth of organism on (A) chocolate, (B) 5% sheep blood, and (C) Thayer Martin agars

The organism was identified as Neisseria gonorrhoeae. N. gonorrhoeae are gram negative diplococcic that grow on solid media in 24-48 hours when incubated under aerobic conditions at 35-37°C with 5% CO2. They exhibit more robust growth on chocolate agar, but can grow on 5% sheep blood agar as well (Figure 1A and B). Like most other Neisseria spp., N. gonorrhoeae are oxidase and catalase positive. Species-level identification can be made by testing carbohydrate utilization; N. gonorrhoeae can only utilize glucose while N. meningitidis can utilize glucose and maltose.

To increase the sensitivity of N. gonorrhoeae detection from mucosal (non-sterile) sites, selective media such as Thayer Martin agar is commonly used (Figure 1C). Selective media for N. gonorrhoeae contains colistin, vancomycin, and antifungal agents to suppress gram negative bacteria, gram positive bacteria, and yeast, respectively, along with other inhibitory agents. N. gonorrhoeae are fastidious bacteria that are at great risk for dying in transport. For maximal recovery of N. gonorrhoeae, special transport packs have been developed. Figure 2 is an image of a Thayer Martin transport pack including agar plate, CO2 generating tablet, and plastic bag for transport back to the lab. 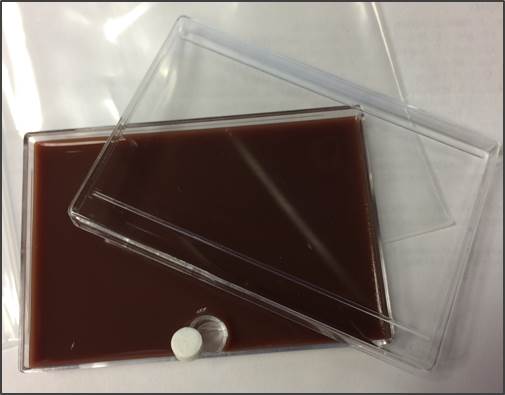 Figure 2. Components of the Thayer Martin transport system for bedside plating of specimen.

Neisseria spp. reside in the mucosal membranes of animals including humans and most species are considered normal flora of the upper respiratory tract. N. gonorrhoeae is an exception and is always considered a pathogen no matter what amount or from what location it is isolated. N. gonorrhoeae is spread by sexual transmission where it infections the mucosal surfaces of the urethra, cervix, rectum, and pharynx. Infection presents as acute urethritis in men with symptoms of urethral discharge and sometimes dysuria, but infection is asymptomatic in up to 10% of cases. In women, N. gonorrhoeae infection is most often asymptomic. If symptoms are present, they are generally mild and non-specific including increased vaginal discharge, dysuria, and intermenstrual bleeding. Delay in treatment due to lack of recognition of infection can lead to assentation of the bacteria resulting in pelvic inflammatory disease. Rectal and pharyngeal infections occur in both men and women and are generally asymptomatic. N. gonorrhoeae can cause conjunctivitis which leads to corneal ulceration. In adults conjunctivitis is caused by autoinoculation of the eye. In newborns, such as our case patient, it is transmitted from infected mother to child as the baby moves through the birth canal. In the olden days N. gonorrhoeae infection of newborns was a cause of blindness, but now it is standard to administer 1% aqueous solution of silver nitrate or antibiotic ointment containing erythromycin to newborns just after birth to prevent infection.

Our patient was treated with cefotaxime and is being followed outpatient by his pediatrician and ophthalmology clinic.

-Erin McElvania TeKippe, PhD, D(ABMM), is the Director of Clinical Microbiology at Children’s Medical Center in Dallas Texas and an Assistant Professor of Pathology and Pediatrics at University of Texas Southwestern Medical Center.